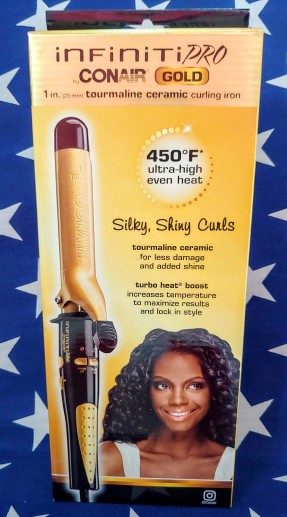 “Oh, no!”, exclaimed Sally,  “This curling iron is for Black people”.  Sally looked closely at the box.  Yes, the model on the cover is Black.  Sally went to the store and returned the curling iron.

Sally did not want to ask the salesperson for help.  She looked at all the boxes.  She read all the directions. She was confused.  Are these curling irons for white people or Black people?  The directions did not say.

Sally did not know what to do.  She decided to buy the curling iron again. She would take the iron out of the box to see if it would work on her hair.

When Sally got home she opened the box. This is what Sally discovered:

Moral of the Story:

Sally is a silly, stupid, spoiled, white girl who is used to seeing images that reflect her race on each and every product that she wants to purchase.  The “I” is always white.

*This is based on a true story.

Commentary, musings, and images; all in an effort to expose whiteness in the United States.