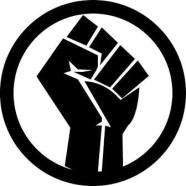 George Floyd’s murder by four white police officers, and the nonchalance in which it was enacted, has finally outraged white America.White America can no longer ignore or dismiss the reality of what it means to be Black or Brown in America. As a white person, who has spent the last twenty years as an anti-racist activist, I have learned that there are two America’s: one for white’s and; one for everyone else.

Floyd’s torture and murder has called whites to action: petition, vote, advocate, march. These are great soundbites. But, we have to be careful.  We can easily slip into empty gestures that do not create any meaningful change. It is not enough to stand against racism. We have to become anti-racists.

An anti-racist acknowledges that America is not white. We do not come first.  We do not get top priority.  Black and Brown people are not our guests. Our religion is the not the nation’s religion. In fact, none is.  This ensures our rugged individualism and our democracy simultaneously.

As anti-racists we need to teach our kids how white citizenship was created to produce and defend subjugation.  How the Irish, Italians, and Jews sued to be classified as white to gain cachet. We need colleges to offer classes and churches to create consciousness-raising groups that answer the question, “What is whiteness?” We are not an ethnic group or a piece of a multicultural pie. In fact, whiteness does not exist without Blackness.

As anti-racists, we have to acknowledge that most of our politicians, professors, lawyers, doctors, and other cultural and political positions of power are held by whites. As anti-racists, we need to buy products and goods from corporations where workers are well paid and protected. Cheap goods come from cheap labor; and we know those laborers are usually Black and Brown.

As anti-racists, we have to respect Native American’s sovereignty and recognize that compensation should go beyond the monetary. Government and corporations do not get to decide where pipelines go. We have to stop deciding what is and is not racism; we have been told: “Redskin” is an insult.

As anti-racists we have to stop pretending that plantations are ancestral homes and are actually historical sites of torture and violence. We have to implement a system of reparations for the history of enslavement. We have to support Black and Brown businesses.

As anti-racists, we have to see Courtland Rendford, not as a fugitive to run down, but as a young man whose crime was vandalism, not insurrection. City Hall isn’t“the people’s house.”

Can we do that White America? Can we be anti-racists? Can  we stay the course for longer than 8 minutes and 46 seconds? 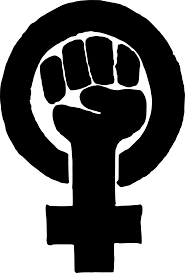